LA’s Joy Downer is releasing her debut album Paper Moon on June 5th. The album follows on from her first release – her incredible debut EP, Radio Dreamer. Joy allowed us at ForTheLoveOfBands exclusive access to Paper Moon, and here we are to gush all about it.

Paper Moon verges on conceptual. It’s an experience of 9 songs written, recorded, and produced by Joy and her husband, Jeffrey Downer, in their Los Angeles home. The album starts out with a run of strong, upbeat songs, transitioning to softer downbeat tracks as the record progresses. Joy’s sound can undoubtedly only be described as alternative dream pop, which blends enchanting vocal melodies with flashes of synths, drum machines, and guitar.

A unique sound is best configured from a variety of influences, and this is certainly true for Joy. Being raised Mormon, Joy had a childhood chock-full of music, spanning a wide range of influences. These musical inspirations range from Broadway musicals to punk music, aided by travelling the globe after her modelling career took off.

‘Plastic Wrap’ is one of the tracks from the A Song You’d Never Want To Hear EP, along with the bold ‘Getaway Car’. ‘Getaway Car’ begins with Joy’s voice leaking into our consciousness, as she sings a lyric we can all relate to right now –  ‘Oh, here comes another day’. This track imagines the perfect escape, underlined by some lovely bass guitar ‘I need an alibi / Honey you’re my best try’. I could imagine ‘Getaway Car’ sound-tracking a crime drama about Bonnie and Clyde-Esque fugitives.

Joy is no stranger to having her music utilised for TV. Netflix chose her tranquil track ‘In the Water’ as the theme music for the Netflix Original Series Spinning Out. British producers Superhuman also enlisted her to sing a cover of ‘Somewhere Over the Rainbow’ for a HONDA TV advertisement. It’s no surprise that Joy has received accolades from Refinery29, PopSugar, Earmilk, and Magnetic Mag and playlisting at Apple Music and Spotify, and has been featured on a BBC Radio 2 show.

As the record progresses, the narrative takes a turn, increasing use of interesting instrumentation like in ‘Over and Out’. A heavier rock influence is present in ‘Neon Turns’. This track sees electric guitar at the forefront, haunted by backing vocals that create a dissonance like that of Black Honey’s track ‘I Only Hurt the Ones I Love’. ‘Over and Out’ has more of the same production seen in the rest of the album, continuing Joy Downer’s signature sound.

‘Good Bad’, in comparison, has interesting production and is more laid-back. Manipulated vocals add something different to the layers of guitar, that leave listeners hooked.

Finally, Paper Moon finishes with the album’s eponymous track ‘Paper Moon’. This dreamy song definitely ‘had me in a spell…’ ‘…dreaming with my eyes open’ as the piano, synths and reverberating vocals create an ethereal soundscape. Filled with transience, ‘Paper Moon’ feels like a resolution where anything is possible. This includes a moon made of paper, too, representing where life in its entirety seems false. A brilliant way to round off the record with overflowing instrumentation, ‘Paper Moon’ reminds listeners of the album’s journey, as the track fades out amongst reverby vocals.

Joy Downer’s Paper Moon will be out on the 5th June on all good streaming platforms.

Tags:albumAlternativeDream PopReviewReviews
Share on FacebookShare on TwitterShare on PinterestShare on LinkedIn Share on TumblrShare on RedditShare on VKontakteShare on Email
Gem Stokes13 May 2020 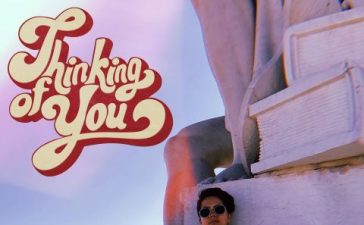 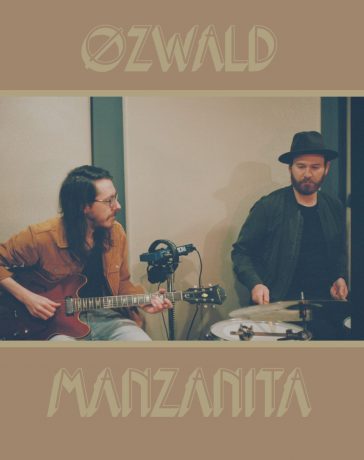