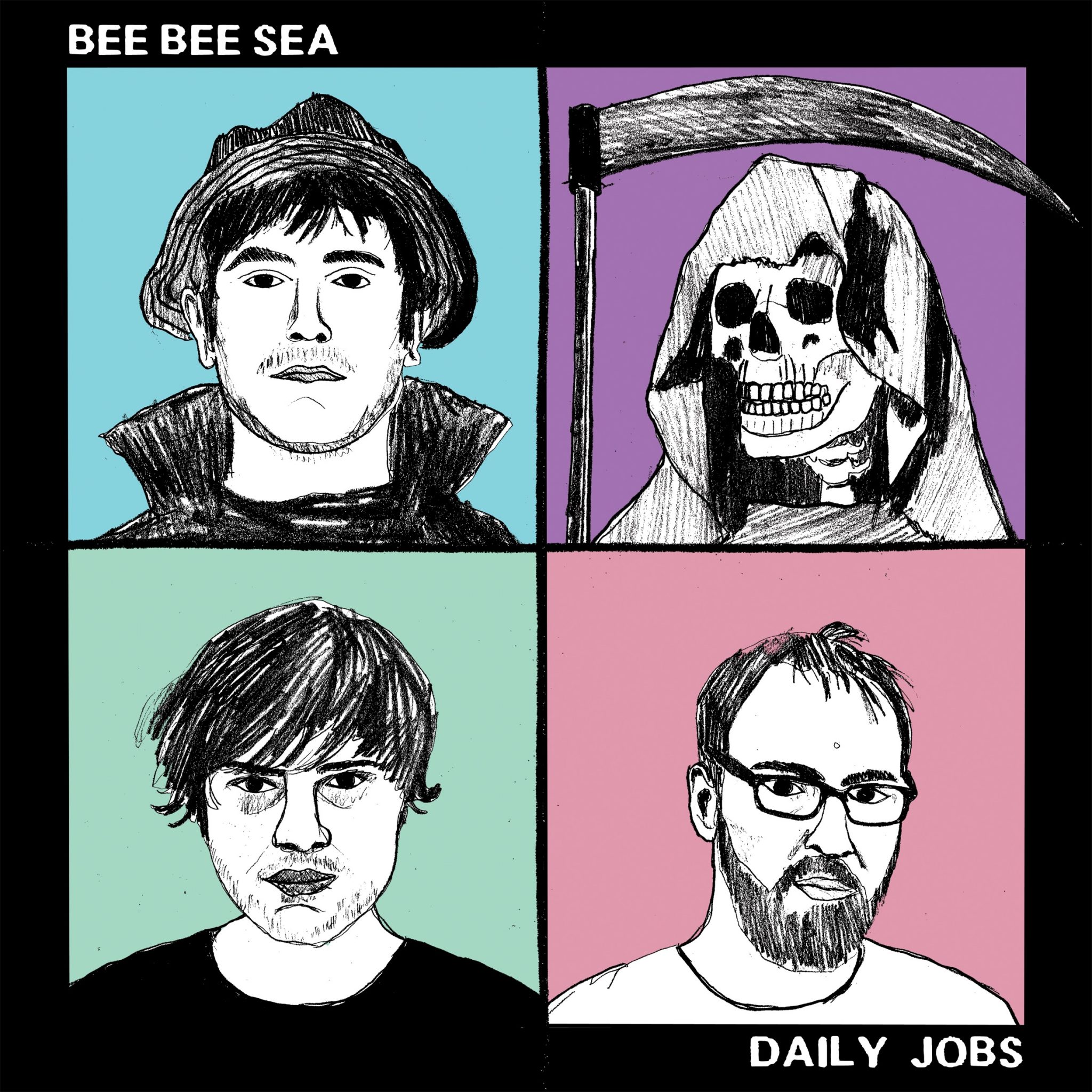 Garage-psych band Bee Bee Sea have offered up a teaser from their forthcoming album ‘Day Ripper’ due for release in October 2020 on Wild Honey Records. New single ‘Daily Jobs’ will be the opening track on the album, chronicling the dual lives of the band members – the drudgery of factory work by day and living their musical dreams at night. It packs a big punch in just 3 minutes, lifting the listener up into a summer mood with frenzied riffs and melodic choruses reminiscent of Australian surf garage band Skegss. Sharp tempo shifts add to the story the trio tell, essentially capturing the highs and lows of their lives in song.

You can’t help but feel these guys would have killer energy live, which is probably why they have been consistently busy over the past few years (pre current COVID-19 situation obviously!) supporting bands such as Black Lips, Idles and Thee oh Sees on tours throughout Europe, UK and the US.

Bee Bee Sea originated in Castel Goffredo in Lombardy, Italy, and ‘Day Ripper’ will be the band’s third album since forming in 2013.  Their self-titled debut released in 2015 was described as garage punk with pop overtones, whereas the follow up ‘Sonic Boomerang’ in 2017 was a more experimental offering from the trio.

Says the band ” This song, and the album as a whole, are basically the summary of our lives in the last couple of years.” The songs represent life’s manic ups and downs and the all-consuming thirst for hope, release and escapism. Having set the story it will be interesting to see the musical direction Bee Bee Sea takes with the new album. If ‘Daily Jobs’ is any indication …it’s going to be a helluva ride!

Find Daily Jobs and other Rock bangers on our New Rock 2020 playlist!

the authorLynette Bamford
Australian based writer and blogger. Can usually be found out and about at local gigs or scribbling at my desk. I love finding and promoting emerging bands.
All posts byLynette Bamford
show 1 comment