24 posts
Reviewer & Playlister
W. Chris Brown (aka reemus, aka cosmicsurivor, aka just plain ol' Chris) is the former bandmate of several projects during his time as a guitarist, singer/songwriter, beat sampler and general what-ever-you need guy. Growing up a U.S. military brat, Chris spent most of his adolescence on the road. He's lived in Japan, Germany, Norway, Honduras, and of course the United States. He has a degree in Film and Media Studies from ASU and founded songs4change - a place for music in 2011.
Reviews

Every so often a song comes along that just fits in with the times. Maybe it's because it...

Since stumbling across Matilda's hauntingly beautiful ballad, "The Lockness Monster", I've been a fan of the future Glastonbury...

When you listen to Juni Habel, it isn't surprising that singer-songwriting greats like Joni Michelle, Joan Baez and...

Meet Vikki Gilmore – Doubt Of My Mind out now: an organic mixture of melodic guitars, percussive rhythms and luscious vocals.

Friday's massive influx of new music can sometimes leave you lost in a sea of audio sensory overload.... 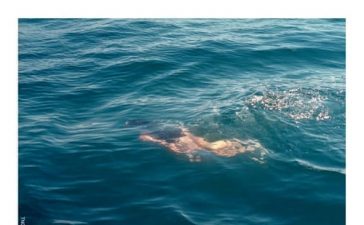 Back in 2018, The Native hit the Plymouth indie scene with their debut EP 'Fall Down'. Since then,...

Meet the man behind Elephant Castle

Elephant Castle's first single, “Cool To Be Unhappy,” hit the internet airwaves on March 27, 2020. Their retro-inspired...

Cambridge want’s to make you feel OK with their latest song, “I Found You.”

Those of you familiar with the alt-rock/pop-punk scene in Sydney, Australia have most likely heard of Cambridge. The...

Magic Bronson just keeps getting better and better. And it’s no secret that they have become quite prolific...

I don't know what else to say. W. Cryderman's new album, Grande Masterpiece is strait up awesome. Before...

Sam Wright’s Sand is in a SoCal state of mind

Sam Wright may be in New York right now, but his new single, Sand, will put you in...

Garzi's video SICK OF ME is the third one from his new EP, "Stuck In The Middle". Building...

There's something timeless about folk music... I don't know if it's the twang of the guitar; the duality...

Cheska Moore just released “Almost Over”; and we couldn’t be happier!

https://soundcloud.com/cheska-music/almostover/s-DfQIcnKMMt1 Cheska Moore just released her latest single, Almost Over, and we couldn't be happier! Always known for...

Voodoo Bandits want you to let go with Yesterday’s Jam.

Tribe Friday's got a new music video for their single "Talk So Loud." And being one of our...

The Dryas have a simple goal. Write one of those great songs that make up the "nostalgic soundtrack...

Blistering guitars, razor sharp timing and immaculate vocals are just a few phrases one could use to describe...

There's a new hip-hop artist on the scene you probably haven't heard of yet. He calls himself Shore,... 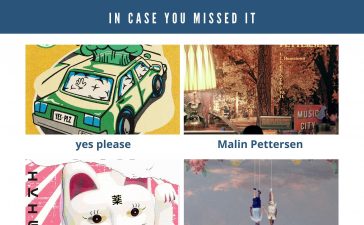 There's so much great music out, it's hard to keep track of it all. But as always, we're...

The darknet markets are a hidden part of the internet, where people trade in illicit goods, such as drugs and weapons. This directory discusses links between darknet markets and cryptocurrencies.