Raucous up-and-coming Alt-Rockers with enough pop sensibility and polish to glimmer in their own share of the Indie Spotlight.

It feels like we’ve been practically living within the English Indie Rock scene during the last few months. I mean, there’s so many good new bands worthy of featuring, from Liverpool to Manchester to Leeds to Carlisle. And right next door, in the North West blue-collar town of Barrow in Furness, sits the coastal home and stomping grounds for the 4-piece known as Primyl Vinyl.

Aiming to be more than just another name in the North West scene – these are some raucous up-and-coming Alt-Rockers with enough pop sensibility and polish to glimmer in their own share of the Indie Spotlight. If they haven’t already, their latest offering “Halftime Entertainment” will only further cement their quest to become a band to watch out for.

What starts as a danceable enough jangly guitar riff, quickly morphs into a powered intro where the band displays its ability to grind and jam – tight, metered and featuring the lads banging away before the game even starts!

If you’re having troubles listening via Spotify, here’s the link to YouTube.

And this is where that pop sensibility shines through. The chorus rises with a catchy series of Yeahs, expertly presented in delay effects and stereo imaging, followed by polished harmonies that tell the tale of being unexpectedly in too deep – especially, at a point in the match where there’s still too much time left in the game to be able to confidently predict a final score. ?

Love in a far from empty bar, dirty dancing taken way too far.

A very quick 2-line 2nd verse connects to a 2 line pre-chorus that is the penultimate scene-setter – “Love in a far from empty bar, dirty dancing taken way too far”. In too deep, indeed! But it’s the kind of moment in a song where, when the band plays it live – they can just repeat it and jam to it for a few extra minutes – allowing for a hypnotic, mantra-like wave to wash over the crowd. At least try it once, fellas! Trust!

Following the 2nd chorus, just when you think the epic moments have passed – the broken-down Bridge settles and offers yet another. Featuring the awesomely written plain-speak of “Oh.. Just look at the Time”, while the guitar notes descend into a minor spiral that doubles down and drives you deep into the second half – punctuated by a catchy, short, well-executed guitar solo. It’s just another moment that clearly shows these fellas are ready for primetime, game-time – any time they choose.

So take some time, yourself – and visit the links below, in order to hear the singles they’ve already released. Like a young squad executing at peak performance, coming off of Sold Out local nights and a supportive feature with BBC Music Introducing – Primyl Vinyl are poised for some more Team Victories soon. If only they weren’t always getting caught up in the ‘entertainment’ of girl troubles, way up in the bleachers.

Share35
Tweet
Share
Pin1
WhatsApp
Reddit3
39 Shares
Tags:Alt RockAlternative RockIndie RockRock
Frank M'Otion12 June 2019
the authorFrank M'Otion
Reviewer
Frank M'Otion is somewhat of a mystery man, but has achieved some pretty remarkable things in the music industry under different pseudonyms.  As a Producer and Writer, an Artist and Mentor - he has chaperoned the careers of several bands, rappers and singers across multiple genres.  As a studied music historian and an independent music advocate, he has been commissioned to write with For The Love Of Bands strictly and literally, For The Love..
All posts byFrank M'Otion
show 2 comments 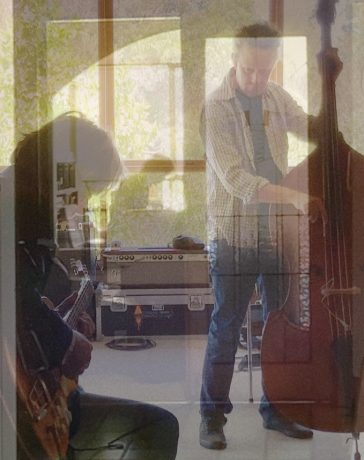