Sea Girls – Open Up Your Head

‘Open Up Your Head’ demonstrates that simplicity is the best policy, managing to fit in that sweet spot between nostalgic and fresh.

Indie 4-piece, Sea Girls, are no strangers to making noticeably successful music, and their most recent single, ‘Open Up Your Head’ is nothing less than incredible. It follows an outstanding 2017 debut, which has since then landed them a nomination in the BBC’s Sound of 2019 shortlist, with this latest track premiering as Annie Mac’s Hottest Record and gaining almost 100,000 plays on Spotify within a fortnight.

‘Open Up Your Head’ demonstrates that simplicity is the best policy, managing to fit in that sweet spot between nostalgic and fresh. Its unique introduction leads into a heartfelt verse and leaves no time to waste before jumping straight into an upbeat climb to the chorus. The chorus itself pulls back from the jump-worthy verses, an exciting and unexpected turn and the track as a whole provides several catchy sections, with a surprising change that builds you up to the final chorus. It seems that Sea Girls have mastered crowd-pleaser tracks, as it takes little imagination to hear ‘Open Up Your Head’ being sung by thousands of fans at a gig.

Just like their other popular releases, the song is saturated with unforgettable melodies and lyrics, allowing it to become a perfect live-event hit. After a singular listen, the chorus to ‘Open Up Your Head’ embeds itself deep within your own head, leading to a certain obsession with this fast up and coming band.

It seems that Sea Girls have mastered crowd-pleaser tracks, as it takes little imagination to hear ‘Open Up Your Head’ being sung by thousands of fans at a gig. 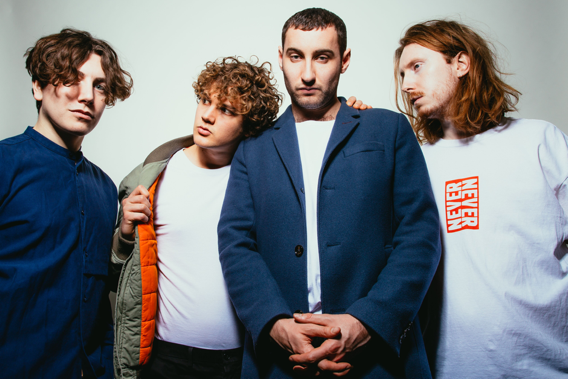 The words express appreciation towards unequivocal love, revealing the importance of being cared for through any form of personal struggle. It is an acknowledgement of difficult times and how certain individuals are always there to shine a light through the darkness. As vocalist Henry Camamile describes,

“’Open Up Your Head’ is about being your own worst enemy, but having someone believe in you unconditionally”.

It’s clear to see why Sea Girls have been making waves in the indie music scene, with their memorable, uplifting, festival-worthy sound, the boys are truly a group to watch these next coming months. They will be playing an extensive amount of festivals this year including Neighbourhood Weekender, Community Festival and Tramlines, so

Share10
Tweet
Share
Pin153
WhatsApp
Reddit17
180 Shares
Tags:AlternativeIndieIndie Rock
Amy Heather24 February 2019
the authorAmy Heather
Reviewer & playlister
Amy is a singer-songwriter, music reviewer, curator of the Dreampop Paradise playlist and our podcast presenter. She has a degree in Music Production, Performance & Enterprise from the University of Westminster and is currently studying a Multimedia Journalism Masters. She’s a fan of retro-inspired sound and things that are just a little unusual. Is talking a hobby? Because that’s hers.
All posts byAmy Heather
show 5 comments