No Fanfare by Youth Sector, a cavalcade of energy, youthful swagger and retro stylings 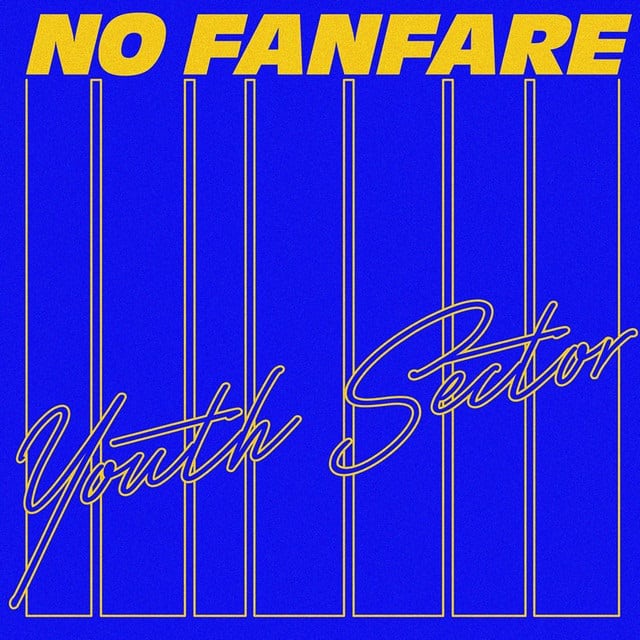 Brighton, UK is home to 5 piece outfit, Youth Sector, a cavalcade of energy, youthful swagger and retro stylings. The band recently released single, No Fanfare on March 13th and reviews and shares/likes abound. The single, steeped in jarring rhythms and edgy, analog synth sounds is a lesson in early pop-punk meets new wave.

Youth sector has managed to meld a reckless abandon, rock rhythm section with the avant garde of early Devo and Talking Heads writing and production – and successful it is. No Fanfare is a rhythm section triumph, that’s made clear from the earliest of bars; you’re in for a hell of a drummer and bass guitar ride.

The single revels in rapid fire vocals and an in-your-face delivery; it’s a high point of the single in fact. Vocally, Youth Sector carries water, maybe even better than that, A+. It’s raspy here and understated there, extremely dynamic, engaging and mixed incredibly well. A real treat for lovers of the various genres that it spans. Lead vocal tone is fairly original, I mean, it doesn’t “sound” like anybody and that’s kind of a refreshing part of this track. Another release from these guys, Renting Spaces is worth a pick-up for your playlists. We’d probably be interested in a full-length album from these guys, after all, their music has an ability to put us in a mood, a different time and place, sometimes I found myself wanting more time in that space. Would have been a quarantining blast!

Coda: Young Poet Records looks promising, a London label. Had a listen to other acts on the label and they certainly have the cultivation knack. Worth a stop as you’re foraging for new music.

Listen to No Fanfare on our New Rock 2020 playlist!

Share169
Tweet
Share
Pin1
WhatsApp
Reddit
170 Shares
Tags:Indie RockRock
Chris Ambrosino30 March 2020
the authorChris Ambrosino
Reviewer & Playlist curator
Chris Ambrosino hails from the Catskill region of New York and has been a performer and songwriter since 1987. He also has worked as an art director and graphic artist for several organizations. Chris currently plays and writes for indie band, Blue Ribbon and is a contributing writer for the Alt. Daily blog and For The Love Of Bands website. He has resided in Hampton Roads, VA since 1994.
All posts byChris Ambrosino
show 3 comments

A jaunty toe-tappin’ debut for Dean Owens and The Southerners