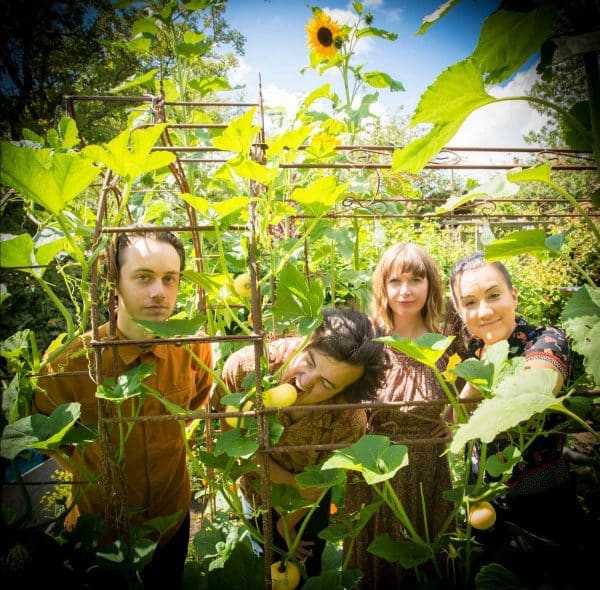 Wiltshere, UK-based pop group Wasuremono have dropped the summery new single ‘I Feel Fine (Hallelujah)’ in preparation for their upcoming album Let’s Talk Pt. 1. The album is the first installment in a double album slated for release this year. Like its namesake Let’s Talk Pt. 1 was written to encourage discussion and compassion surrounding mental health.

The new track teeters between indie and dream pop recalling the serene atmosphere of warm weather. Vocalist William Southward recounts the conception of ‘I Feel Fine (Hallelujah):’ “Dark and brooding, with moments of light and glitter, this is one of the first songs I wrote on the album. Some songs I develop over time, but this one came to me really quickly. I really like its structure, with the uplifting chorus to counter its darker verses, all of which builds to this big euphoric “Hallelujah” ending, that is meant to be a bit tongue in cheek. The song I think is a celebration of life and death. The acceptance of the inevitability and finality of death, and the feelings and emotions that go with that.“

‘I Feel Fine (Hallelujah)’ is out now via The Wilderness Records and the full album Let’s Talk Pt. 1 will release on April 23.

Connect with Wasuremono via

the authorColin Dempsey
Colin Dempsey is a Toronto-based writer who covers music, dabbles in fiction, and spends too much time calculating his macronutrient intake. More of his work can be found at colinhdempsey.ca
All posts byColin Dempsey
show 2 comments

Keep Running Back To ‘Forever’ by Crownz

The Satellite Station’s folkish, ethereal melodies of new release Simple Miracles are poised to infiltrate playlists for years to come

The Patient Elegance of Diving Station

A jaunty toe-tappin’ debut for Dean Owens and The Southerners

Devin Reardon – Ireland Song is deceptively joyous, the range and depth of emotion telling of a traveller’s freshly discovered dawning of wisdom and realisation