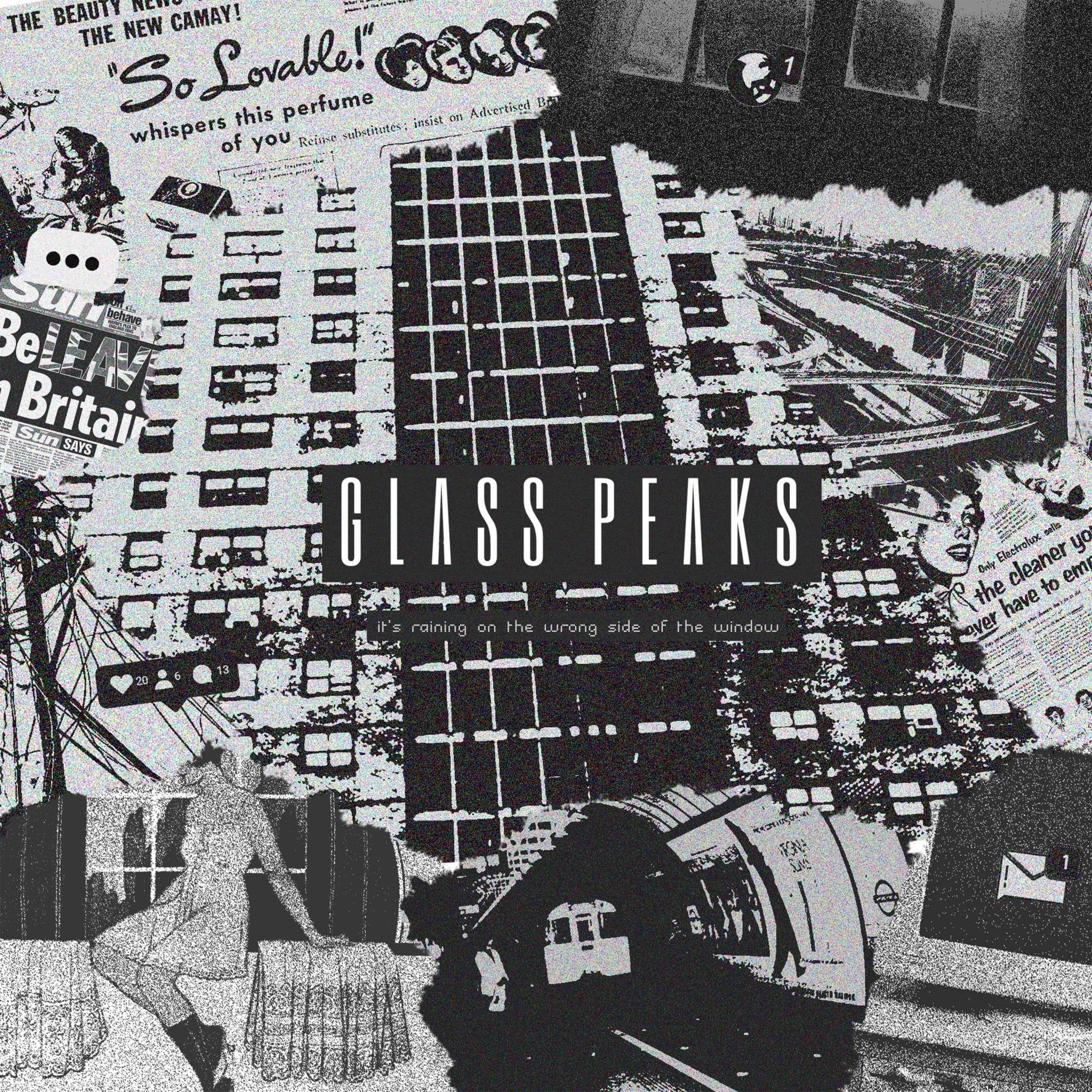 It’s Raining On The Wrong Side Of The Window is the new indie masterpiece that’s so good it would make even the most superstitious of listeners chuck up a brolley inside.

For fans of: Radiohead, Arcade Fire, The War on Drugs, early Coldplay and White Lies

Today, the indie kings dropped their debut EP It’s Raining On The Wrong Side Of The Window. This EP sees the band move away from conventional guitar towards a darker, electro-alt soundscape. This release is coming off the back of a sold out headline show at St Pancras Old Church in London at the end of January. Glass Peaks’ melodic sound fits perfectly among high walls and incredible acoustics, as each of their tracks features crisp, calculated production.

The EP features a variety of themes, including: love, the toxicity of social media and ideas of home. Each track has a message, transmitted via surfaces of sound. This includes their penultimate single ‘Never Really Left’, which garnered support from the BBC on their Introducing in Kent radio show. ‘Never Really Left’ is a synthy, discordant dream with immense, building percussion. The track is laced with minor key and has a paradoxically positive message about becoming one’s true self: ‘I’m still here / I never really left’.

This rising London band is diverse in their music, accessing different genres to create a well-rounded sound that’s doing something different. The vocals of this EP are textured, teetering between brash and tender. We hear Glass Peaks’ more tender side in ‘London is Concrete’ and the EP’s eponymous track ‘It’s Raining on the Wrong Side of the Window’. The Maccabees-esque guitar tremolo of this track sets a beautiful background for the vocals to shine through. And shine they do, as the lead singer laments ‘Hello, I still dream of kissing you’- vulnerable amidst a growing tide of rain.

The EP also features a couple of interludes, showcasing the EP’s masterful production, and serving as an amuse-bouche for the tracks to come. I definitely recommend listening to this EP chronologically, as the transitions between songs are unmissable to listeners’ sonic experience.

Overall, It’s Raining on the Wrong Side of the Window presents itself as an indie masterpiece, as well as the perfect soundtrack to a rainy day.