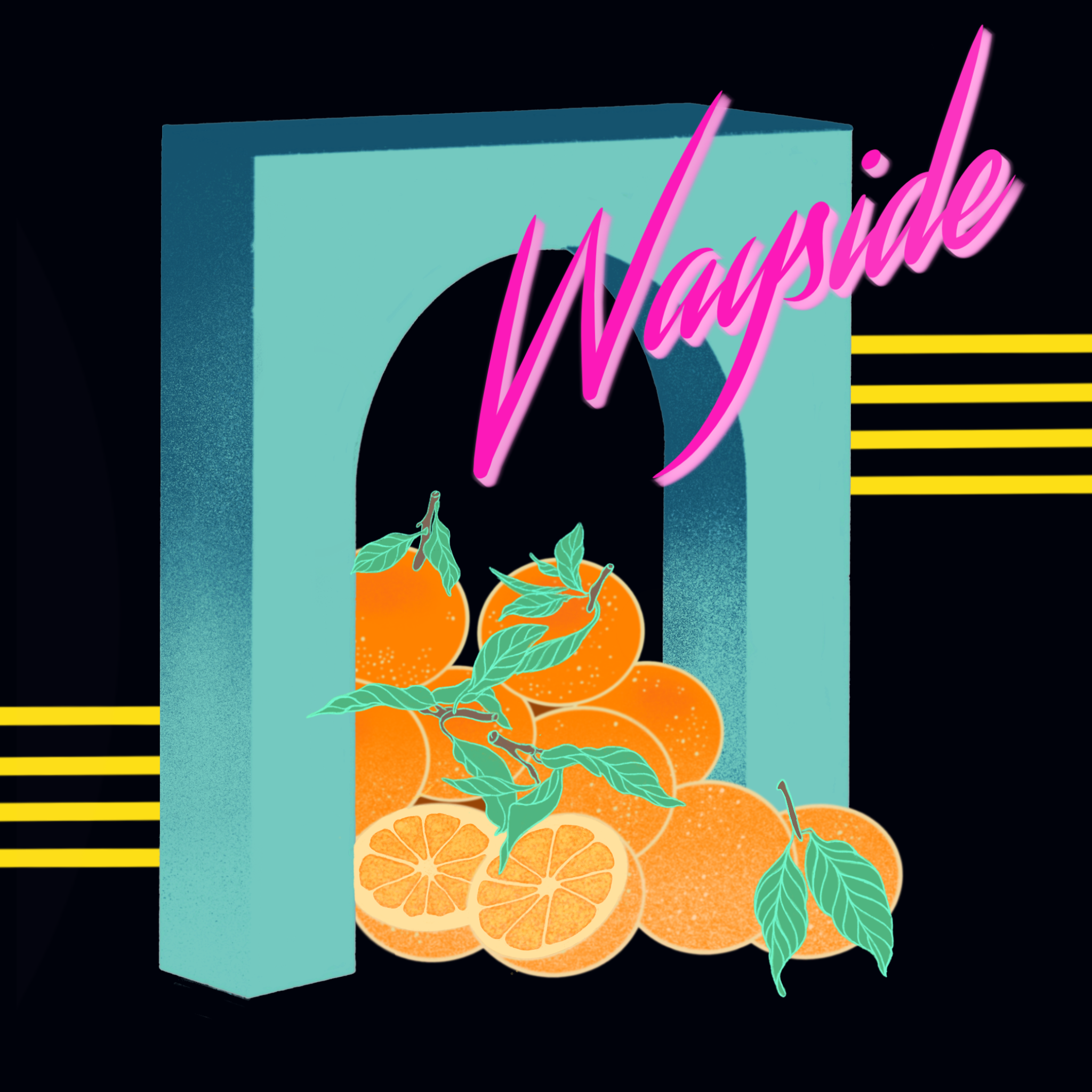 What first caught my ear about Jive Talk’s latest single, “Wayside” (out now on streaming platforms), was this infectious bass-driven backbeat.

Pierce’s prophetic line, “Maybe in time, life will be friends and apple pie,” fills the stereoscopic space with the same poignancy it creates. A dreamy juxtaposition of beauty and fear. Uncertainty and assuredness.

When the grove, and essentially the song’s “palace days”, returns – it isn’t quite the same. The vibe is a bit more serious, a bit more skeptical and oddly a bit more secure. In a nutshell, it feels like growth.

Jive Talk talks about Wayside, their past works and where the trio sees its future.

Read the full interview below.

FTLOB: How did idea for Wayside come about?

Oliver: I was moving from Memphis to Nashville and sitting in a sea of packed boxes in my apartment – just filled with nostalgia. I was also going through my contacts in my phone and deleting ones I don’t really keep up with anymore, while simultaneously reliving the moments shared with the people in my phone. Ben had just returned from a tour in Europe right as COVID-19 restrictions were hitting globally. [We] were getting coffee and listening to the last batch of demos I had been working on and [Ben] immediately latched onto ‘Wayside’.

Wayside…a lament to the good things we leave behind and the hopes that we’ll pick them up again one day.
-Oliver P

We took a separate demo I had been working on called “AQ” and that’s what you’re hearing in the middle section. So ‘AQ’ (the demo that grew to be the middle section) and Wayside are both just a lament to the good things we leave behind and the hopes that we’ll pick them up again one day.

Ben: This one was recorded at a few places! Oliver started the demo in Memphis, Isaac wrote and recorded parts for it in L.A., and I worked on it with Oliver in Nashville. I have a mix/writing suite that I work out of at Fourty-One Fifteen, and over the past couple years we’ve started using it more and more for Jive Talk tracks. It’s just a really comfortable place to write and record.

We co-produce all our music [and] all tracks since ‘Lalala’ have been mastered by Phillip Shaw Bova of Bova Lab Studio. [We all] have different writing styles and strengths but a similar vision. Watching those things play out as we write…is one of my favorite parts of our process.

FTLOB: Jive Talk was founded in 2013. Tell us a bit about how you got started.

Issac: April May June, April May Not was our first musical effort, which was recorded over the span of a few years. Oliver and I were [college roommates] in Bowling Green, Kentucky. During down time we would just record in my bedroom on a stupid simple set up (SM58, 1-input M-Audio interface, and Logic). [This] is where we recorded the opening track “Umm” and “Shake It.” I moved in with Ben after graduating and recorded “Sunlight”.

we didn’t let the lack of nice equipment get in the way of making something happen.

Issac: Fast forward to 2015. Oliver and I were working as interns in a theatre in Memphis, TN. We recorded the next two songs, again in a bedroom with pretty sad equipment. I really love this little EP because of how DIY it was. We didn’t let the lack of nice equipment get in the way of making something happen. The final song on the EP, “Strict”, is actually a sample of an interview of my grandmother a year before she passed away.

FTLOB: And your second EP, oh gang look what we’ve become, was another DIY recording. What was that like?

Issac: [It] was recorded entirely in Memphis, TN from 2016-2017. Mostly in an attic I was living in at the time, but also in a retired recording studio. I somehow had a key (wasn’t supposed to). We would sneak in there late at night to record pretty much all the vocals. It was the only place you could get really loud and no one would care.

Issac: Sheila’s guitar tracks were mostly recorded with a Line 6 DL4 Looper pedal going through a Vox AC30. I did all the production on this one. Oliver wrote all of the lyrics.

Issac: I grew up making music with Ben since middle school, so we have always been on a pretty similar wavelength music-wise.

FTLOB: Tell us about your last multi EP, Me v. You.

Issac: Me V. You is the first instance in which Ben was brought into the mix. I think we all consider it to be a huge level up. I grew up making music with Ben, so we have always been on a pretty similar wavelength music-wise.

In 2017, I became pretty tied up in another project called Swedish Jam Factory. [It] was taking up a lot of my time with touring [and] I wasn’t as readily available as I used to be. I forget who suggested it first, but we all agreed to send tracks back and forth.

So, we sent tracks [and] Ben mixed and mastered them at Forty-One Fifteen. My favorite track in that one is the Intro. Ben had made it a few years prior while I was still living with him. It’s a “remix” of The Chordettes singing “Wonderful.” I basically insisted that [Ben] add that one into the mix because I loved it so much.

FTLOB: Nashville has always been known for its ties to country music. What’s it like being an indie band?

Ben: Since the early 2000’s there’s been a pretty great indie scene bubbling in Nashville. A lot of great bands started back then. The Pink Spiders, Those Darlins, Paper Route. [Although], people noticing Nashville as more than just a country town feels like a more recent development. But it’s cool that that’s happening. Nashville has a great scene, and is a great place for bands to come up.

FTLOB: So what’s next for Jive Talk?

Ben: Once the world seems a little more safe, we’re looking to jump right in. We’ll all be living in Nashville at the same time – for the first time in the life of the band! So we’re chomping at the bit to play some shows!!

Be sure to check out the “Wayside” official music video by Dylan Rucker, out now!!

the authorW. Chris Brown
Reviewer & Playlister
W. Chris Brown (aka reemus, aka cosmicsurivor, aka just plain ol' Chris) is the former bandmate of several projects during his time as a guitarist, singer/songwriter, beat sampler and general what-ever-you need guy. Growing up a U.S. military brat, Chris spent most of his adolescence on the road. He's lived in Japan, Germany, Norway, Honduras, and of course the United States. He has a degree in Film and Media Studies from ASU and founded songs4change - a place for music in 2011.
All posts byW. Chris Brown
Leave a reply