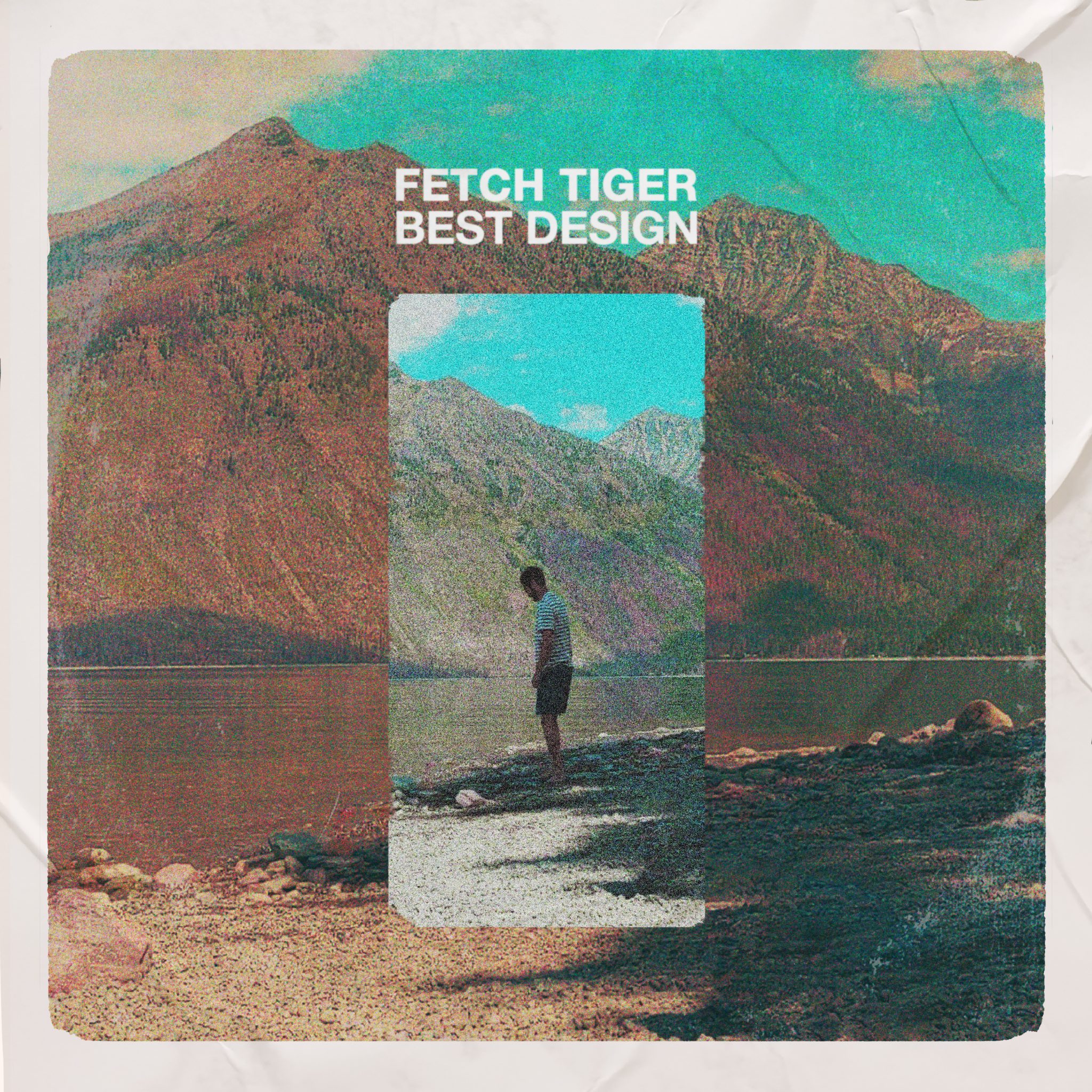 On Friday, Fetch Tiger (Lorenzo Montali, Tanner Davis & Adam Gethin-Jones) debuted the, Grace Banks produced, official studio version of their song Best Design. Fans of the London based indie-rock trio may recognize some of the lo-fi folksy vibe on this track from earlier demos, but with Banks on the faders – the song transforms from its humble beginnings to a lusciously complete symphony of texture and sound.

We caught up with band founder, Lorenzo Montali, and picked his brain about the process.

Before we even got into the studio, Grace had proposed we experiment with recording drums last
– L Montali.

FTLOB: First off, what did you do differently with “Best Design” compaired to your first single “Movie“?

Lorenzo: For these recordings I wanted to try working with a producer, which I hadn’t done for our first single last year. We eventually met up with Grace Banks and we all hit it off pretty quickly.

FTLOB: I’ve heard artists say that a good producer opens you up to new ideas without stifling your creativity. What were some of the things Grace brought to the table?

Lorenzo: Before we even got into the studio, Grace had proposed we experiment with recording drums last, which I’d never done before but was up for it. So, we did Adam’s bass first, then I laid down guitars and vocals and Tanner tracked the keys – in that order. Once that was done we moved on to the drums and percussion.

FTLOB: When did you start recording?

Lorenzo: Tanner and I recorded a scratch track at his house around the end of February. That was the week before we got into the studio. We took the track to Strongroom in Shoreditch and started layering over it. Grace set up the studio so we could record multiple versions of each take in slightly different methods.

FTLOB: What kind of methods?

Lorenzo: DI direct, through the amp, through a tape machine. Things like that. We had a few options to choose from once we got into the editing.

“We were there so late we actually got kicked out by security, but it was worth it.” – L Montali

FTLOB: One of the things I love about this track is how naturally analog everything sounds. Especially the keys.

Lorenzo: We were originally going to use MIDI keys and run it through a synth, but luckily the producer in the next studio room had a Wurli and offered it. I’ve always loved the modern-classic sound of those.

Lorenzo: It was. Tanner played in this dark room down the hall where the Wurli was. We only had one hour left. It was pretty dramatic but in a perfect way.

FTLOB: Did you record the drums at Strongroom as well?

Lorenzo: Grace and I met the next week at Roundhouse Studios for drum tracks. I think the Orielles and Big Moon were playing that night – it was an oddly inspiring experience hearing the thuds and booms of the gig happening above as we recorded me playing the kit in the basement. We also added a few other bits of percussion.

Lorenzo: Like using mallets for the toms, which you can really hear in the intro. We also did some other rhythms and a few choice cymbal crescendos. We were there so late we actually got kicked out by security, but it was worth it. It definitely helped the song develop its own unique universe.

“Grace worked her magic and gave it that full atmospheric sound.” – L Montali

Lorenzo: Grace started to mix it as the lockdown happened, so we had to have a few virtual sessions to chart out ideas and drafts. We felt it was dragging a bit, so I recorded some guitar for the intro, and we even used a few riffs from the original demos to help move it along. Ultimately, Grace worked her magic and gave it that full atmospheric sound. We mastered at Reveal Sound in west London with Neil Pickles.

FTLOB: Are there any other Fetch Tiger tracks from this session we can expect?

Lorenzo: Yes, during the Strongroom session we recorded another song, which we’ll be releasing in July. And then back in the studio to do 2 or 3 more, so some exciting stuff up ahead!

Check out more music from Fetch Tiger below and connect with the band on their social media.