Every element of South Destruction blends together perfectly to create a melancholy late-night mood that would fit perfectly into many a film soundtrack. 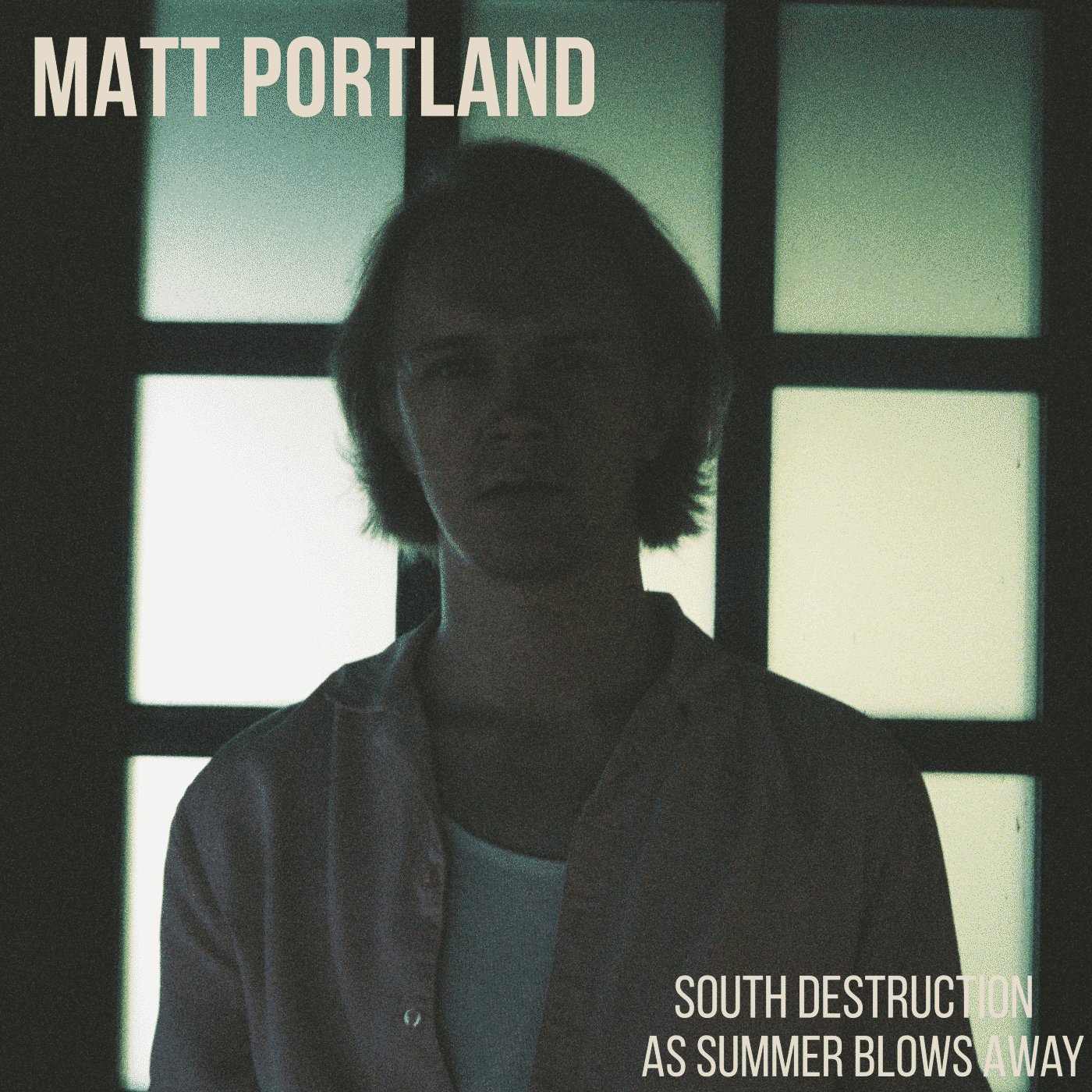 South Destruction/As Summer Slowly Blows Away is the debut double a-side from London-based Matt Portland and, if this is the standard that he’s going to keep to, we’re going to be hearing a lot more about him.

Both songs have a delicacy and a soul that many singer-songwriters don’t manage to capture. Every element of South Destruction blends together perfectly to create a melancholy late-night mood that would fit perfectly into many a film soundtrack. The production is sparse but every instrument and every silence has a reason and the song would miss something without it.

When Matt’s vocals come in, on top of a single piano riff, it reminds me a little of Stephen Fretwell on ‘Magpie.’ Not so much in terms of the vocals being similar, but the feel of the song and how the lyrics, the vocals, the instrumentation and the production all come together perfectly to create a sense of longing and loneliness. In the case of South Destruction, it’s a tale of creating a fictional world in your mind and wanting to leave it but struggling to do so.

There is a gentle build in the song, bringing in guitars, a second piano line and, later on, understated percussion. Fans of Mojave 3 will appreciate the way that many layers of instrumentation can build without losing the feel of the song, which is something that Matt carries off perfectly.

I felt almost nervous as I clicked ‘play’ on the second track: As Summer Slowly Blows Away. Matt’s first track had put me in a mellow, slightly melancholic mood and I didn’t really want to be jolted out of it. As the delicate piano began, I was already reassured that ‘South Destruction’ wasn’t a one-off. If anything, ‘As Summer Slowly Fades Away’ is even more intimate.

It’s a song of longing for a lost love and missed opportunities and the execution is simply superb. There’s a vulnerability and an honesty to it that draws the listener in and doesn’t let go.

The lyrics across both tracks are honest and heartfelt. These are songs full of emotion and I defy anyone to listen to them and to not be moved. Matt definitely knows how to put his best lines in the place where they have most impact. “Take me home to a place where dreams and fairy tales are made” is the opening line to South Destruction, grabbing the attention instantly and lines like “I hope you’re okay but it hurts to see you close to him” and “I always looked for you in everyone I ever met” are lines that make your stomach lurch, even if you can’t relate to them in the present time.

There’s no doubt that Matt Portland is a talented man. As well as writing these songs, he also produces and plays every instrument in his small home studio.

These tracks are free to download on Matt’s Soundcloud and Bandcamp pages but be sure to keep an eye out for his debut EP, which is due for release in late October.

Matt is a solo artist who writes, produces and plays every instrument on his songs, recorded in his small home studio. He picked up his first instrument a little under 3 years ago and began writing shortly after. His songwriting style draws from a wide range of musical and literary influences. Musically he pulls from the pop music of the 60’s and 70’s, from the huge reverbs of Abbey Road to the rich strings and prominent piano ballads of Hunky Dory and Lennon’s Imagine LP. Influence also draws from writers such as Bukowski and Burroughs and melodically from such artists as Lana Del Rey and Alex Turner.

Share2
Tweet
Share
Pin
WhatsApp
Reddit
2 Shares
Tags:AcousticFolkIndiepianoSinger-Songwriter
Iain Wheeler25 September 2018
the authorIain Wheeler
Reviewer
Iain Wheeler was born in the Wirral, England and now lives in Bedfordshire (after a short detour to Lincoln) with his wife and 2 children. Iain grew up listening to his parents' record collection, including things like Little Angels and Bon Jovi. He has since moved on to an eclectic collection ranging from The Wonder Years and Mayday Parade to Bright Eyes and Mojave 3. Currently, he is a school teacher who plays tenor sax for 'Codename Colin,' a ska-punk band who released their debut album 'Escape From Everything' in 2019.
All posts byIain Wheeler
show 3 comments