Midnight Movie is a perfect culmination of easy-going tempo and campfire guitar strumming, its vibe is indicative of that afternoon drive with absolutely no destination.

Upon leaving Seattle, itinerate songwriter, Andy McAllister set out to California, the mothership of the nonchalant, alt. country, open spaces vibe that bands as far away from the scene as R.E.M successfully produced early in their career. Singer-songwriter giants like Willie Nelson, John Prine, Jackson Browne led the charge in the genre while bands like The Jayhawks and My Morning Jacket kept the fire stoked during the turn of the century.

McAllister and his band, Cave Flowers are among the future of this California Country sound and fans of imperturbable tranquillity are fortunate to have them along. Afterall, McAllister has been at it awhile, this is not his first drive to the valley. Upcoming single, Midnight Movie due for release, Jan 31 is an example of McAllister and his band laying the groundwork for the coming decade.

Midnight Movie is a perfect culmination of easy-going tempo and campfire guitar strumming, its vibe is indicative of that afternoon drive with absolutely no destination. Pedal steel licks are ever-so-tasty and the smouldering electric guitar solo could not have been finer. McAllister’s lyrics are poetic and poignant, as ever a songwriter in this genre could muster. His vocal delivery is phlegmatic, even in more emotional sections, he is able to keep the wagon on the trail. His tone borders on Jeff Tweedy, or even Lou Reed, who is definitely not in the genre, but his unfettered tone, sober outlook and lyrical honesty are definitely from the same mama.

McAllister spends the majority of the choruses in his falsetto which is a nice touch to the overall melody of the track and the equivalent of finding a beautiful vista along your road trip to nowhere. Oh yeah, you were on your way to work, but who cares with music like this? If you’ve lost your way, Cave Flowers are doing what they do best.

Read all Americana and Bluegrass articles.

Share16
Tweet
Share
Pin2
WhatsApp
Reddit
18 Shares
Tags:AmericanaBluegrass
Chris Ambrosino30 January 2020
the authorChris Ambrosino
Reviewer & Playlist curator
Chris Ambrosino hails from the Catskill region of New York and has been a performer and songwriter since 1987. He also has worked as an art director and graphic artist for several organizations. Chris currently plays and writes for indie band, Blue Ribbon and is a contributing writer for the Alt. Daily blog and For The Love Of Bands website. He has resided in Hampton Roads, VA since 1994.
All posts byChris Ambrosino
show 4 comments 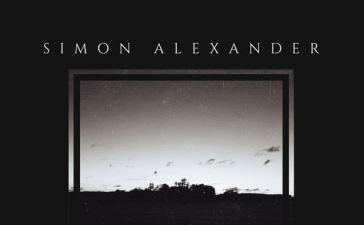