Dip’s debut single “Bash Your Head Against A Brick Wall” : an anthem for our times 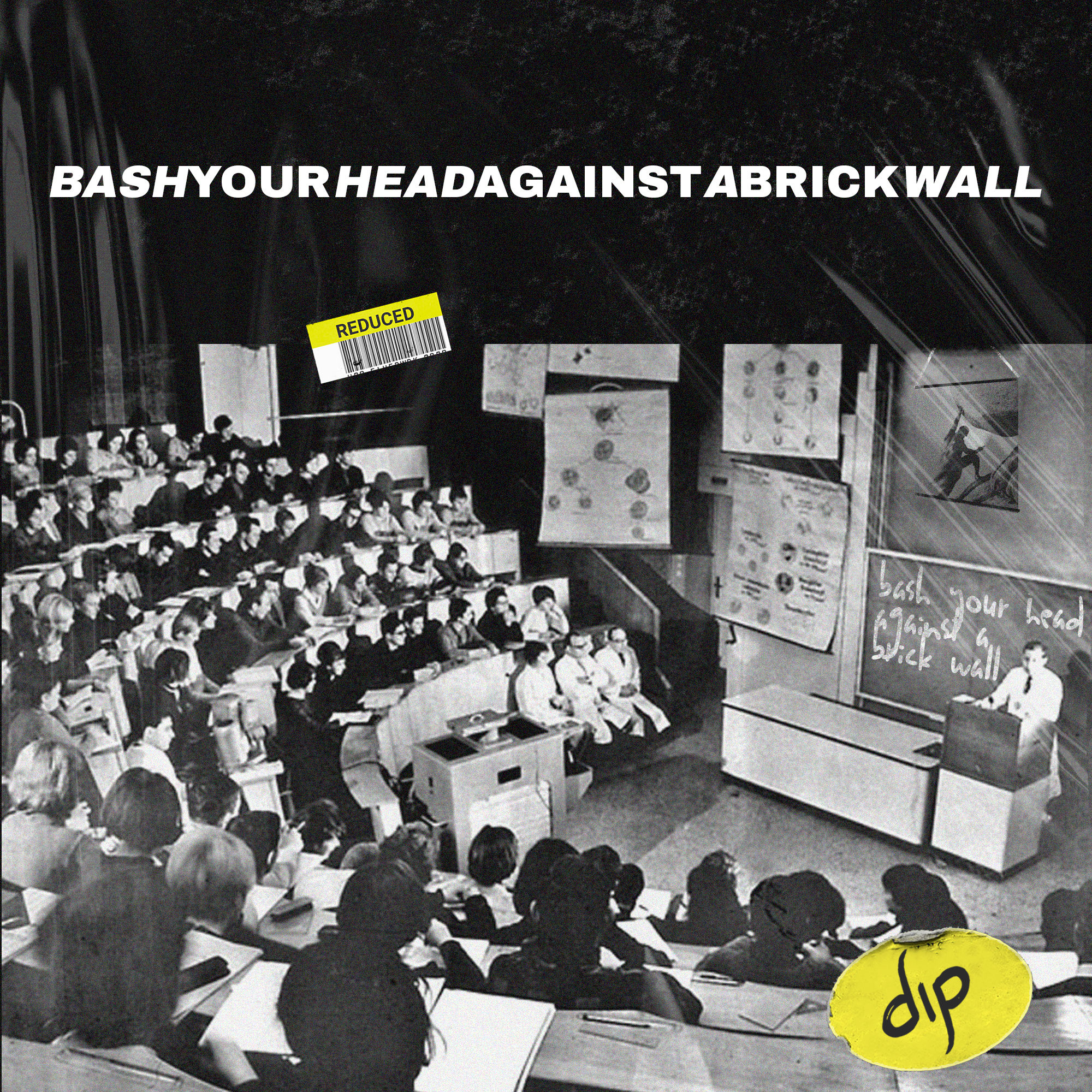 Somewhere in Sydney’s inner west, off the A36 Princess Highway in Saint Peters, there’s an old converted warehouse. Inside, small seismic waves of thunderous rhythms and sonic distortion can be heard bellowing from within its walls.

That needle-moving sound you hear is Dip. A four-piece grunge-punk band that, according to their bass player Chris, produce an “angry yet delicate approach to psychedelic, punk, grunge, and 90s shoegaze.”

And “Bash Your Head Against A Brick Wall” is their debut single.

This 2 minute existential war cry of stress release feels like the only appropriate response to our current modern life absurdity. And its ability to harness all those elements into a cacophony of controlled chaos is exactly what makes punk meaningful.

I asked the band about how Dip came to be, Sydney’s inner west scene and what’s next for the four mates from Saint Peters.

ftlob: Let’s start with the formation of the band. How’d that happen?

Chris: Alasdair and I played together and he had the idea of pursuing a heavier grunge style of writing. Our earlier drum and bass collaborations have always ended up turning into a heavier direction. So, we started jamming with Zac and this Sabbath-shoegazed melody thing just naturally happened.

ftlob: So it was just the three of you at first?

Chris: Yeah, Zac introduced Dil to the band just as the 2020 covid-19 pandemic struck. But we did isolation recordings and met up after restrictions allowed. I think that the mundane experience of isolation and the stripping of the “normal” everyday life is key to what has defined our sound.

Zac: It’s a warehouse where I live. It’s also where we practice and record. I live with our producer and we’ve called “the nest” home for over a year now. It’s a communal creative space for local musicians. Come by!

ftlob: Speaking of community, what’s the scene like in inner west?

Alasdair: There’s some great stuff around on King St, Enmore Road and Marrickville like The Factory, Red Rattler, etc. So it’s definitely a ‘hub point’. However, there’s also a heap of stuff coming out of the Illawarra. So while yes, there is a lot of stuff happening in the inner west, there’s a larger area for musicians all over the broader Sydney metro to flock to.

ftlob: Now that the band has its first release out, what’s next for Dip?

Alasdair: Well, when we are able to start gigging, don’t expect our ‘tours’ to be limited to the one show at Marly Bar. Paramatta, The Northern Beaches, the aforementioned Illawarra, the Blue Mountians….we’re gonna hit them all. There’s four to five markets all less than an hours drive away from the inner west. Musos that ignore that are seriously missing out

Dil: In the mean time, our next song is an appropriately furious response to inequality in our inner-cities. It’s coming out on a Monday. It’s pretty fast. It might have a sax solo.

Bash has everything a good punk anthem should have. A simple message screaming over a driving back beat. Heavy grunge guitars mixed with brooding bass riffs. Angst, energy and, most importantly, the in-your-face realness that’s essential in all classic punk songs.

And as far as punk debuts, Bash just might be as good as it gets! It’s a timeless a punk anthem that has the intensity of Nirvana’s Negative Creep and the brazen attitude of the Beastie Boys’ Sabotage.

In no uncertain terms, Bash makes the statement that Dip has arrived. Their musical debut is bold, belligerent and brutal – all in the most beautifully punk way! Take a listen and connect with Dip on their social media.

the authorW. Chris Brown
Reviewer & Playlister
W. Chris Brown (aka reemus, aka cosmicsurivor, aka just plain ol' Chris) is the former bandmate of several projects during his time as a guitarist, singer/songwriter, beat sampler and general what-ever-you need guy. Growing up a U.S. military brat, Chris spent most of his adolescence on the road. He's lived in Japan, Germany, Norway, Honduras, and of course the United States. He has a degree in Film and Media Studies from ASU and founded songs4change - a place for music in 2011.
All posts byW. Chris Brown
Leave a reply

Where’s the party at? The Bolokos are here with White Rum