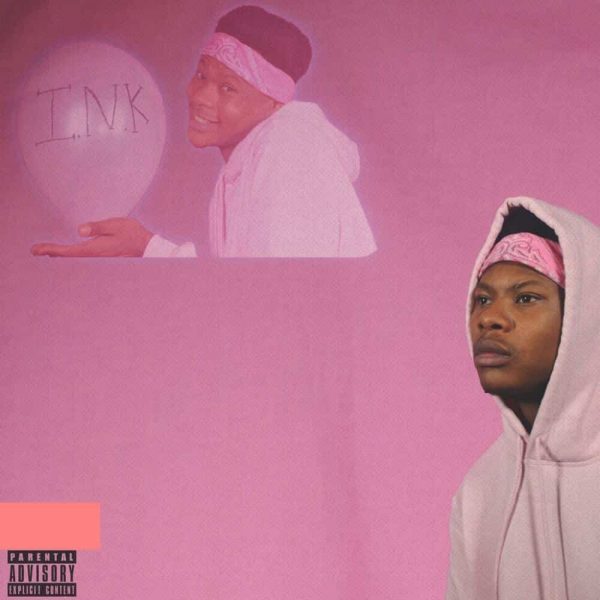 On a late January afternoon the sunlight cracks into the room where Zig Da Kid spends most of his time during the COVID-19 pandemic. Zig Da Kid – the stage name of 25 year old rapper Iziah Johnson from Nottingham, UK – uses the opportunity to bloom, and he’s accustomed to evolving through misfortune. “I spend most of my time making beats, writing lyrics, thinking about videos, and promoting myself,” he says. Compare that to three years ago when he was, “too insecure about my voice to put anything out. I thought my voice, the way I rapped, the beats I chose, the things I rapped about, were all too weird. I thought nobody would like it.”

Now everything that Zig Da Kid brings to the table, his gruff voice, his bedroom pop-cum-trap sound, his visual flair, are the reasons to pay him attention. It’s in that same bedroom that he recorded and produced VHS Vol. 2, his second EP he describes as “bedroom rap.” Over the course of our conversation Zig is personable and open. We spoke about how his anxiety pushed him to release music and how that snowballed into founding his own label, dropping two EPs, and producing his own music videos.

It wasn’t until 2018 when his anxiety worsened and he made his music tangible. “I started getting heavy panic attacks and I thought ‘I’m just gonna put stuff out, even if no one likes it. It was an outlet, a way to distract myself from my issues. It was the catalyst for me to start.” That outlet has become his vitality.

Even though Zig’s rapping was instigated as a means of self-remedy his DIY approach can be traced back to his time in film school. He dropped out of an undergraduate film program when he realized, “They weren’t teaching me anything I couldn’t already learn on the internet. I actually flunked a paper about Tim Burton’s Alice in Wonderland because I formatted it incorrectly. And in a few lessons we were just watching YouTube. I said fuck this, instead of wasting money watching YouTube and writing papers where they only care about what format I use and how I reference my shit, why don’t I get my hands dirty. It’s not gonna be great but quality wise it’d be the same as we’d do at school. It could be whatever I wanted, nobody could judge me on these silly things like formatting.” Zig’s interest in film remains firm. He directs all his own music videos, does all his own artwork, and founded his own label – I.N.K. Studios – for his creative indulgences. “That started in school when my friend and I wanted to make comic books… then we got into filmmaking and started making our own little clips and adding them on YouTube, which you can’t see anymore because they’re too bad. Maybe they’ll be rereleased as a bonus feature,” he says, chuckling.

Sonically the rapper pulls from Tyler, The Creator and Tyler’s biggest influence, Pharrell Williams. “When I listened to Pharrell I would say, ‘Wait, that’s basically what Tyler does. All this time I’ve been feeling bad for copying this man, but this guy has been copying this other guy.’ I realized I can wear my inspirations and still be myself.” He sums up the revelation as, “You can’t close your eyes and imagine a new colour. All you can do is mix the already existing ones.”

There’s an intentional revamping between the trap flavoured VHS Vol. 1, and the melodic, varied VHS Vol. 2. “I wanna move to where it’s not even trap anymore. Like bedroom pop, but there’s still some punch to it. The bedroom pop is the vibe and the rap is the punch.” After releasing VHS Vol. 1 Zig explored “the feelings I wanna exude and what parts of myself I wanna put out there that other people might be able to connect with.”

Zig sums up the difference between his two releases as, “A lot of people have said VHS Vol. 2 is more me – though I don’t know what that really means.” For him, music is a path to discovery. With his varied skillset as an MC, producer, video director, and visual artist, he can’t be shoved into the square hole of a single role. Music, and all his art, functions as a way for Zig to understand himself. “I don’t like saying ‘I’m gonna play some trap music’ cause there’s an image that doesn’t align with what I’m putting out. I’m also a UK rapper, which comes with its own identity that doesn’t align with what I’m doing. I’m also not completely bedroom pop and that’s its whole identity I don’t conform to because I rap and use heavy bass and put more punch into the music. I’m all these things combined into something else and that thing doesn’t have its place in the world. I’m in my own bubble and there’s other people like that too who don’t conform to any one identity.” When asked if he’s found himself through making music he says, “music raised more questions than it answered. There are some people who really vibe with what I’m doing, so in that way I’m building a culture. I’m creating something that people can attach to their personality.”

Drawing from his interest in film VHS Vol. 2 plays out as a short film framed by a conversation between Zig and the warbled vocals of a counselor. It hops from insular rap on “SCENE” to the romantic “GIRL” and a posse cut with “CANDY BARS” featuring Shaman T and jinnwilliam. At the EP’s climax nuzzled in the closing seconds of “CANDY BARS” the counselor asks Zig, “Where would you say you belong?” transitioning to the loose bedroom pop of ‘NOWHERE BOI.” It succinctly approximates where Zig Da Kid finds himself; with so many branches budding outwards that there’s no one place for him. That’s the place he’s looking to build. He moves forward with this philosophy; “Let me try this weird idea that I have and see if people like that as well. They liked me making some basic level music, let me be more risky and experimental. I’m gonna continue down that path because the response has been great.”

Connect with Zig Da Kid via

the authorColin Dempsey
Colin Dempsey is a Toronto-based writer who covers music, dabbles in fiction, and spends too much time calculating his macronutrient intake. More of his work can be found at colinhdempsey.ca
All posts byColin Dempsey
show 1 comment